Ishibutai-kofun Tumulus is a tumulus in the late Kofun period located in Asuka Village, Nara Prefecture.

Ishibutai Kofun (Shimasho, Asuka-mura, Takaichi-gun, Nara Prefecture: It seems to be the burial mound of SOGA no Umako, a square tumulus with about 50 meters in both length and width; the total length of the horizontal stone chamber is 19.1meters.)

It is generally accepted that the Momohara grave, where Umako was buried, is the Ishibutai Tomb, an ancient stone tomb found in Shimasho, Asuka-mura, Nara Prefecture. 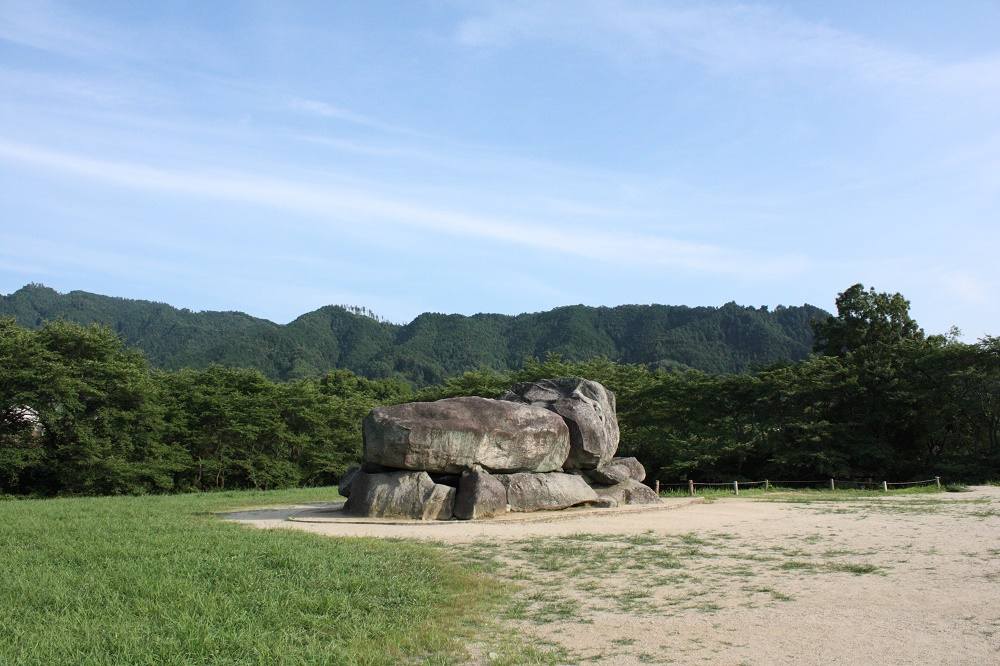 The Ishibutai Tomb is the most impressive of the ancient stone monuments in Asuka. It is believed to be a burial tomb for Soga Umako, a powerful leader of 6th century Japan. Visitors can actually walk inside the tomb and look at the massive rocks from inside.

The name Ishibutai means “stone stage”, and previously it was thought that the large mound of rocks was used for performances. However, excavations in the 1930s revealed fragments of a sarcophagus, and it is believed that Soga Umako was interred within. The Soga clan was a powerful family that ruled the country for most of the Asuka Period (538-710), while the emperor had become relegated to a mostly symbolic role.

The Ishibutai Tomb is maintained by the national government, and it is located within a small park. The tomb is surrounded by a dry moat, and a few steps lead down into the tomb itself. About 30 massive stones make up the tomb, the largest of which is part of the ceiling and weighs about 75 tons.